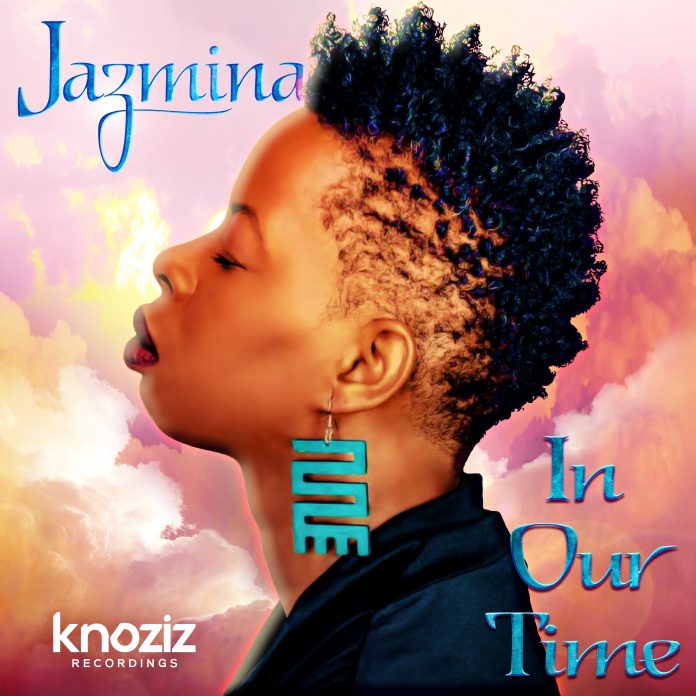 Renowned house music diva, Jazmina, is back with an acoustic classic. This heartfelt collection of folk-tinged, stripped back, ballads stir the soul and warm the heart. Essential listening.

Hailing from four generations of preachers and musicians, Jazmina was discovered in the Rutgers University’s Liberated Gospel Choir by Ace Mungin (AceBeat Records) and introduced to house music.

This was the beginning of her career at the legendary Club Zanzibar, during which time she joined INTENSE and gained recognition for her vocals on the hit track “Let The Rain Come Down,” a house classic to this day. Later tracks, such as the underground classic “I See You,” Shelter’s smooth “High on Hope,” and KULT’s funky “Good Time” solidified Jazmina as a legendary House music princess.

The way her gospel-trained voice soars on classic tracks like “Rescue me (Why Don’t U)” and “It Ain’t Easy” is the reason her vocals are still regarded among dance music’s most distinct and pristine to date.

These days, Jazmina shares her voice as a Theomusicologist with The Poor People’s Campaign: A National Call for a Moral Revival in North Carolina. She is also a pastor, author, and motivational speaker.

“In Our Time” the five-song EP called Jazmina, is an impressive step in her burgeoning career.

She’s a world-class vocal talent, but the story thankfully doesn’t end there. she  is also an extraordinarily and often surprising songwriter who balances disparate musical elements with cool confidence and a steady artistic hand capable of pulling it off  as can be seen in the single “Daylight”.

Her songs never lapse into bathos; instead, they burn with a white-hot approachable glow that marks them as flesh and blood outpourings from a true performing artist. She’s a great singer, charismatic performer, multi-talented musician, and an impressive songwriter. Jazmina shows off the full breadth of her gifts in the best possible fashion.

The song “Peace in this Town”  is likely the fullest realization of  Jazmina’s talents on the  EP, with no slight intended to the succeeding tunes, and the acceleration from the beginning of the song into the chorus is flawlessly handled. When Jazmina hits the chorus, she rides its wave with supreme confidence and infuses it with an added burst of energy. The lyrics are supremely well-conceived. Many of them are quite specific and it gives the song a personal turn quite different from that suggested in the EP’s remaining songs. Her vocal makes great use of the lyrics with elegantly timed and energetic phrasing.

Travelling utilizes the same strengths of the opener in a decidedly different light. This is a more dynamically focused track varying from lightly shaded passages and much more dramatic choruses and bridges. The transitions are handled with great aplomb and never stumble. This song has a recurring design for the writing on this EP,  but it’s handled so skillfully that you’ll forgive any similarities.

The EP’s final cut,  Hard for me, brings her talent out in much more force than any preceding moment. It is the expected lyric about self-empowerment and asserting her identity, but it’s carried off with such earnest exuberance you cannot help but admire.

Much like the preceding two numbers, Hard for me never wastes the listener’s time and highlights musicians much more interested in playing compositionally than indulging any virtuoso trips. It brings the EP to close in a very dramatic, but never overwrought, fashion.

We decided to catch up with Jazmina for a brief Q&A….

What inspired you to get into music?
I was playing drums in college and went to a studio on a date. I thought it was a fluke but they asked me to sing and the rest is Jazmina…;)…

How would you describe your music?
My music is “Sapiosoul” music. It gets in your psyche and affects how you think about love. It embraces you from behind and kisses you on the neck. It’s a conversation.

What would you say is your recording and songwriting style?
I record as if I were singing from my prayers. I write as if love depended on it

Where would you like to see your music career in 5 years’ time?
I’d love to be touring and performing across the world. I’ve never performed outside of the U.S.

Where can music fans listen to your music?
My music is available on all platforms under my name “Jazmina”, under the group “Intense”( AceBeat) and also on SoundCloud under “Esih Efuru”. The “In Our Time” project is out now on Knoziz Recordings.

“Jazmina – In our Time” is available on all major music platforms: https://knoziz.fanlink.to/jazmina_in_our_time