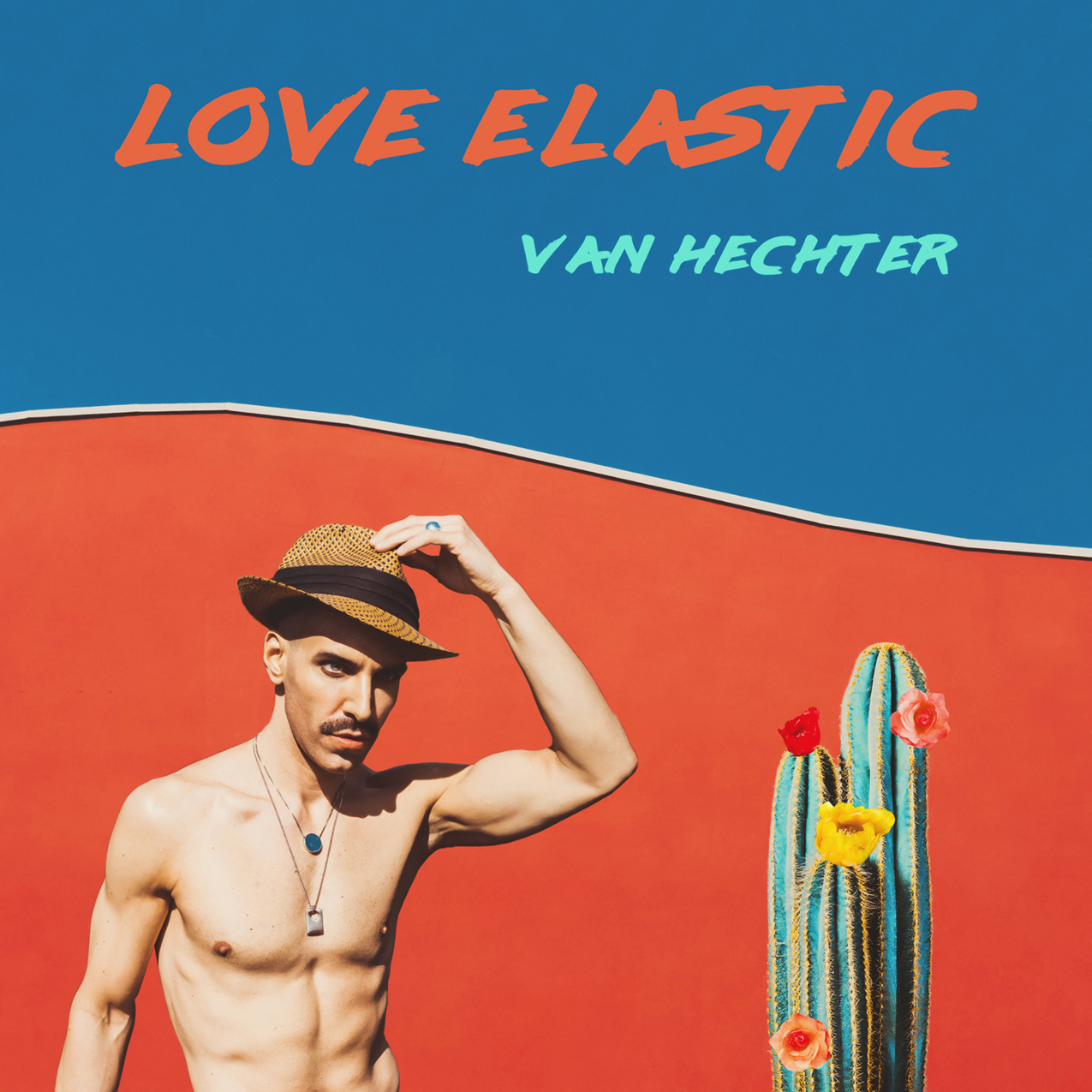 Meet Van Hechter  a pop artist who grew up between Canada, France and the U.S.A., studied opera, literature and cinema in college, then dropped everything to become a  singer and this year has released his strongest album to date; ”Love Elastic”— the lead single which is also the title of the album is a hyper-uplifting song  which surrounds the topic of love in the 21st century…Why? simply because true love isn’t possessive, it is flexible, it morphs through time and doesn’t break. It is elastic and certainly not plastic.

“Love Elastic”, a single that owes as much to the era that inspired it as it does the kind heart of the songwriter behind its luster. Van is the new kid on the pop music block right now, but with output as strong as this is, he won’t remain an underground treasure for very long – as I see it, the bright lights of stardom are beckoning his name even as I write this article now.

Van’s vocal is as physical as this bassline is, and though the two duel for our attention during the chorus, the rest of the song sees them playing in perfect harmony together, and moreover, yielding a melodic undertow in the rhythm that is essential to the track’s magnetizing quality.

The tempo is spaced out between the singing and the string instrumentation in the background, creating a bit of discord in the groove of the drums, but in the song’s climax, every element amalgamates and becomes a singular tour de force that any critic will tell you is more than worth writing home about.

This master mix is one of the best examples of proper high definition distributing that you’re going to hear this fall, and had you told me that Van was working with a major label budget instead of operating left of the dial, I would have easily believed you without question. The polish is a nice touch, but I doubt that he needs it to sound as smashing as he does throughout this single.

I would have made the equalization on the instruments just a bit less scooped than it is here, but I can see what Van Hechter was going for by minimizing the middle in his sound. With the bass and the treble maxed-out, we get the same scope of his vocal timbre as we would in a live concert, which isn’t easy to achieve by any critical measurement. It makes the strings a little muddy in a couple of the transitions between verses, but it compensates by giving the vocal a lot of additional grandiose that, personally, I think is what makes the song the stadium-shaker that it is.

We managed to catch up with Van Hechter for a brief interview..

What inspired you to get into music?
I got into music as to save myself really. Only the music world understood me…

How would you describe your music?
I do self-deprecation, exaggeration! Anything that makes me look like a bit of a fool; I go with along!

What would you say is your recording and song writing style?
I really hope to grab people by the heart if I can, therefore stay on the market for a good while– at least long enough to say all the things I feel so long as my feelings resonate. In 5 years— hopefully I’ll be writing more funny socially critical songs!

What’s next for your music career?
New album will be out on July 15th across North America but title track was first picked up by you, wonderful Brits, last year! And because of you I have a European following on YouTube!