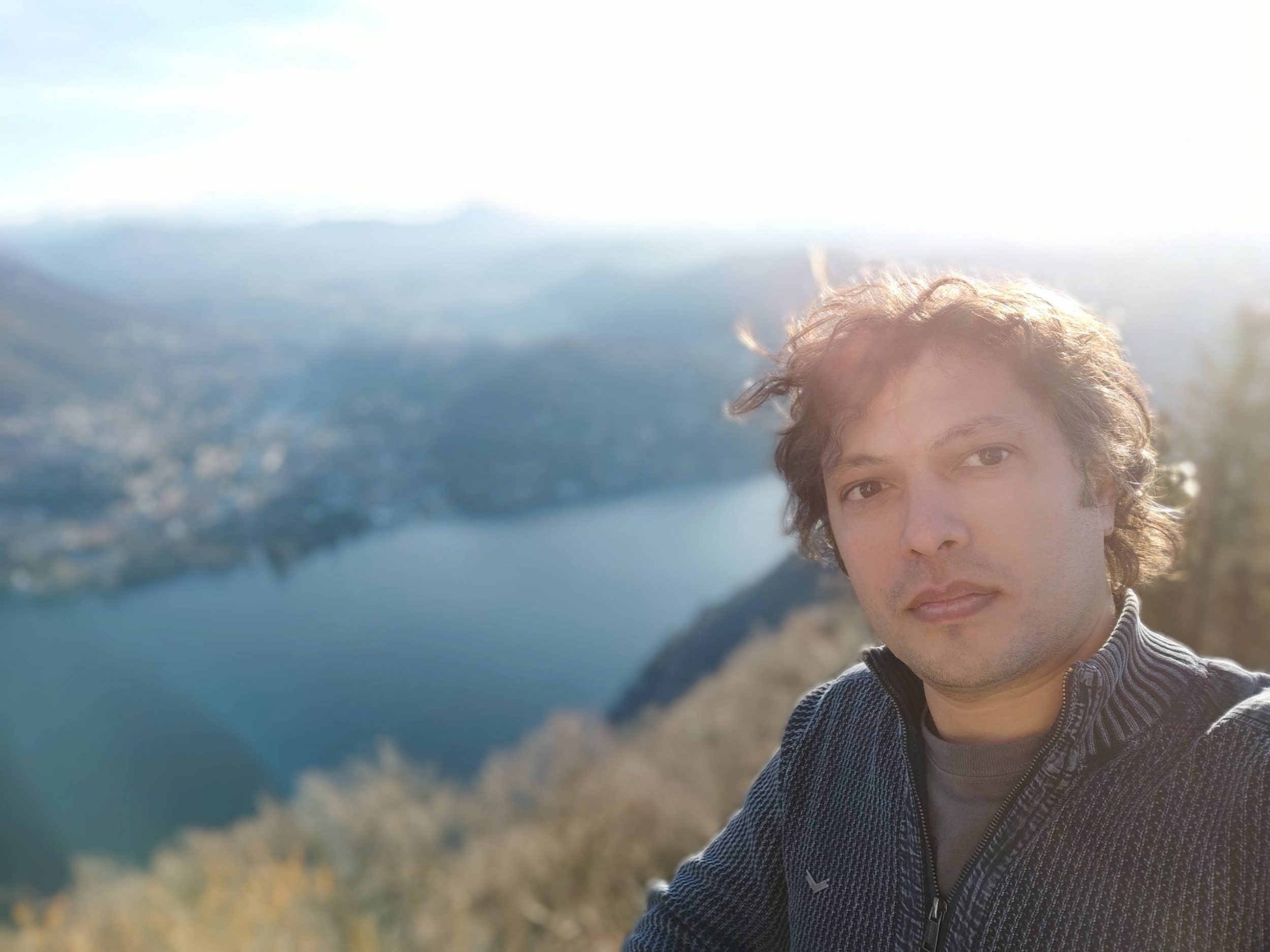 “ClaT” is the solo project of Claudio Tagliabue, singer and guitar player of the rock band “Dusk” and bass player in the punk rock band “Like Looking for Gold”, both from lake Como, Italy.Waiting for his first official solo project, an album that will be released in the second half of 2020, during the lockdown of spring 2020, ClaT did experiment with home-recording. “March ’20 Ep” is the result of a long and inspired weekend of writing and recording, experimenting with sounds different from his main bands.

His EP “March ’20 Ep”   is likely to stand forever as a key turning point in the singer/guitarist life thanks to the resounding way it announces its arrival to the music world during a time like no other in the recent decade. The influence of lockdown plays a major role in the first track on the EP ‘Quarrantine’  . The track really spells out in all certain terms what millions around the world had to go through being stuck at home for several days not knowing when this will all come to an end. The song really captures the feeling of what it was like to undergo this part of history. Future generations to come will always look for material within research that document what people went through and the song is a quick reminder that things were tough and people really went through nightmarish situations to come out on the otherside.

His take on Deterioration this style is more melodic on the single with chimes and bell like sounds introducing the song leading to a much more ecclectic electro sounding beat. The term deterioration itself means degeneration, decadence, decline meaning the falling from a higher to a lower level in quality, character, or vitality. Deterioration implies generally the impairment of value or usefulness. The songwriting is amazing as he talks about the situation even making him forget about time and wanting to fly away. You can feel the sense of urgency, the call of help, the fit with the theme of the EP which even has something of an orchestrated quality, but it bubbles with a modern sheen thanks to its electronic music leanings. His collaboration with Julio Speziali at Pí Recording for the final master leads to memorable results with this release, a likely preview of the quality we should expect from his future album release. Claudio is an amazing  performer, guitarist and songwriter with substance who’s worth watching and hearing whenever you can as you clearly see when you listen to Wall  which finds him  combining the traditional sounds of rock music to deliver a more dramatic and general  ear-catching song. The production style brings the song’s synths and guitar into total sympathy with the music and vocals threading its way powerfully through the track.

Fail often has a rousing, intensely emotional bent and the musical peaks that come along the way are perfectly built up to and integrate the various elements at his disposal in a seamless, highly musical way. ClaT obviously arrived early at a vision for this song – it has an ideal running time and manages to pack a world of musical experiences into its relatively brief duration without ever sounding rushed or cluttered.

His vocals are adept for facing down any challenge that comes along on the song Sun . He really makes great drama out of the song’s lightly ironic twist and brings an appealing combination of grit and melodicism to play delivering the song’s lyrics. Much like the arrangement,  Claudio’s lyrics never waste a word or any of the listener’s time and hit upon an accessible, conversational tone without ever dumbing down the adult subject matter.

The possible breadth of this song’s appeal is immense. Listeners old and young alike will find some basis to relate to Claudio’s lyrics or else understand the enormity of the experience. One does not write songs about buying groceries – these are works of art in miniature and aim to depict impactful events and feelings in our lives especially in this case. 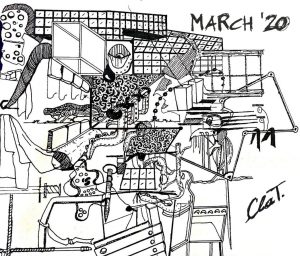 “March ’20 Ep” does that with relaxed, confident ease. There’s little doubt that Claudio with the desire to make music his life and career; many do, but not everyone posses the talent and intangibles in enough supply to make it work.  Claudio is working at a higher level than many of his contemporaries and this EP makes that observation undeniable.

We decided to catch up with the man behind this amazing EP for our quick fire round interview;

What inspired you to get into music?
Music lessons at school were really funny and interesting for me, so I start to let my imagination go and started very soon to write my own songs and also tried to play many instruments.
In 1998 I did find between my friends talented musicians with which I started the rock band “Dusk” for which I do sing and play guitar. Since 2017 I also joined a punk rock band from lake’s Como called “Like Looking for Gold” for which I play bass guitar and do backing vocals. Also the new albums of these bands will come our this year.

How would you describe your music?
A mix of different ideas put together without fear of crossing music borders

What would you say is your recording and song writing style?
The majority of my old songs started from a guitar chord progression or riff for which I tried to find a nice vocal melody. Playing with my bands, anyone added their own taste to my melodies.
Lately my songs could also have been written around a cool synth sound I liked at first.

Where would you like to see your music career in 5 years time?
I would like to travel and play gigs in and outside of Italy.

Where can music fans listen your music?
In March 2020 I had plans to release a full length that instead will come out in fall.
“March ‘20 Ep” came unexpected, It’s fully listenable on https://clatcomo.bandcamp.com/releases

Africability …, is the sensational new album from Pipi Pango.  Personal experience and profound artistry provide Pipi Pango’s album with all the gravitas it...
Read more

Africability …, is the sensational new album from Pipi Pango.  Personal experience and profound artistry provide Pipi Pango’s album with all the gravitas it...
Read more
Music

Jacob Mateo, born in Denmark, was always into creating music. When he was 10, he wrote his first songs. Already back then, they were...
Read more
Music

Sandor Gavin is a New Wave/Synthpop artist and songwriter based in New York City.  His sound strikes as a powerful combination of different styles and...
Read more
Load more