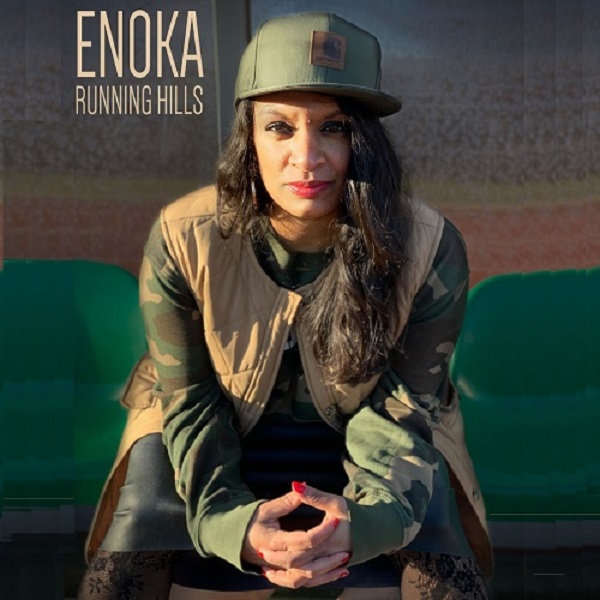 The Scandinavian Pop Star Enoka is back with a new smash hit – Running Hills.

“My music is energetic and will make your body move,” the artist said, remarking on the composition’s inspiration. Enoka added, “I want my audience to feel the cool vibe and heavy sound of my new single.”

Running Hills is Enokas fourth release. Running Hills is a 2021 floor banger with an uplifting full boost sound. Robin JOWI Andersson, the producer of Running Hills felt that this dance chart song would be a perfect fit for ENOKAS ‘voice.
Enoka and Robin found a common thread of how they wanted their sound to be and the result is Running Hills.

Robin Jowi Andersson is a producer/songwriter/artist at Hydra Studios in Malmö, Sweden. Contestant in Sweden’s Radios “P4 Nästa” 2016 and 2020. Been working with successful writers/producers such as Herbie Crichlow, Andreas Stone, and Steven Lee to name a few. Former member of Coastline, a boy band created by Jörgen Bergstedt, Henrik Axelsson, and Herbie Crichlow in 2013.

Enoka and Robin have a unique sound, and you will hear more from this superstar duo.

Enoka is a Swedish artist. Before releasing original works, she performed background vocals for European heavyweights such as Gunter, Arash, and Bobby Farrell from Boney M.

Enoka’s star is on the rise. Echoing music styles of trend-setting musicians, Enoka’s inspiring compositions and powerful vocal skills distinguish her from the herd. Sha has pushed herself hard the last year to be where she is today.
Singing, writing, and being a part of the production is something she has wanted to be a part of for many years, and now she is. The world is ENOKA´S and she is ready to show the world her gloss of music.

We decided to do an interview to find out the person behind the music…..

What inspired you to get into music?
I and the producer Robin has always been creative in everything that you can be creative in. But mostly drawn to music since we were little. Focused on strong melodies and artists that gives you that extra. Someone who is strong in their character, voices and with a personality you might be looking for when you are young and uncertain. A person so strong that you want to be just all that she/he is. In my case Whitney Houston and Mariah Carey. I was so interested in more than their voices, also how they were brought into the music industry and their journey to today.

How would you describe your music?
We have a great breadth in music and we like everything. We complement each other in our broad style. I’m all for RnB/pop like Destinys Child, Mary J Blige, Rita Ora, and Rihanna. Robin loves to create melodic driven compositions like Kygo, Avicii, and the Script. If you ask me we are the perfect match to create a good song with all our mixed references.

What would you say is your recording and songwriting style?
This may sound silly but we are both very emotional. My lyrics are often written by a feeling. It can be Robin who sends a melody and from this, I find a feeling, maybe an experience, and I can get a picture of the song. Robin’s melodies give me a lot of emotions, we are very similar and controlled by emotions and melodies. I think you will hear this in our songs.

Where would you like to see your music career in 5 years time?
To be able to put our full-time jobs more aside than we do today. Today we work full time, at the same time as we row our families AND put time into music, its hard and the music suffers. To be able to earn a little on all the work you put in to Music would have been fun of course.