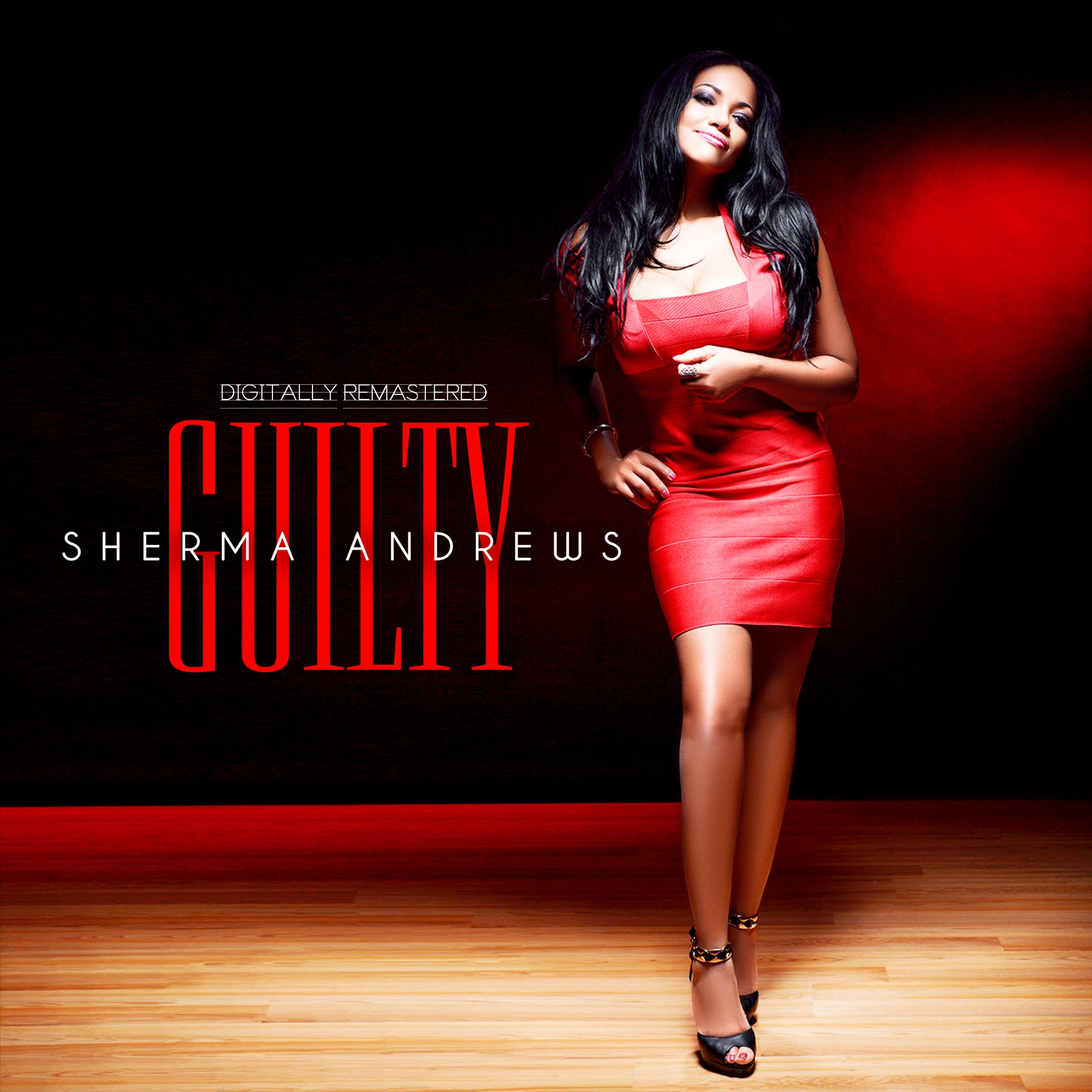 Sherma Andrews  is a Singer, songwriter, arranger, producer, pianist and recording artist started performing at the early age of 4 years old. The youngest in a musically-gifted family living in the Caribbean Island of Trinidad. Andrews formed a band with renowned saxophonist, Markus Hauser that toured Switzerland, Austria, and Germany. She was hailed by the German press as “A true star who has graced us with her presence before she vanishes beyond reach.” The tour culminated in an appearance at the Montreux Jazz Festival in Switzerland. Andrews toured and worked with many accomplished recording artists. She filled in for Whitney Houston during Enrique Iglesias’ World Tour. She worked with, Branford Marsalis, Britney Spears, Donna Summer and opened for Michael McDonald and Michael Feinstein. She also performed for President Bill Clinton’s Foundation Gala and many festivals including The Montreux and Cape Cod Jazz Festivals. Her songs have been played on The Young and The Restless, Against The Ropes, The Sopranos and other TV shows. Sherma Andrews is no stranger to the stage and has performed in Madison Square Garden, Jazz at Lincoln Center, Bergen Performing Arts Center, The American Music Awards, Teen Choice Awards, Billboard Music Awards and many others.

The production of her new album “Guilty” shine with every instrument given plenty of room to run. Her voice serves as the center of the sound from which all else radiates. The lyrics show off her uncanny storytelling ability as she draws from the highs and lows of a life lived to the fullest. Stylistically framed within a strong pop template, she incorporates so much into a singular satisfying whole. Beyond the pop, she draws from folk, blues, jazz, R&B, and soundtrack work to create a fully formed aural universe. Nimble percussion opens the album on a high note with the defiant “Run”. Racing through with a clear-eyed intensity are the athletics of the colossal anthem “Something “Bout The Way You Love Me”. A virtual symphony comes into the fray on the muscular “Lost”. The rustic Americana of “Here” has a heartland spirit to it while it unfurls with such majesty. Tremendous chaotic energy bursts forth on the aptly named “Insane” which incorporates a variety of different approaches into a singular approach. Percussion has a jazz-like dexterity with “Rain”. Bass lines run through with “Guilty”. Guitars possess a mellowed atmosphere with the tender intimacy of “Looking For Something”. Effortlessly tying all that came before it is the sweeping gestures of “I Will Love You In This Song”. “Guilty” impeccably shows off Sherma Andrews’ strength and power, presenting a slice of optimism that centers the whole album.

Her take on this style is more melodic on the single Here and even has something of an orchestrated quality, but it bubbles with a modern sheen thanks to its electronic music leanings. Sherma is a musician with substance who’s worth watching and hearing whenever you can.

Her vocals are adept for facing down any challenge that comes along. She really makes great drama out of the song’s lightly ironic twist and brings an appealing combination of grit and melodicism to play delivering the song’s lyrics. Much like the arrangement, Sherma’s lyrics never waste a word or any of the listener’s time and hit upon an accessible, conversational tone without ever dumbing down the adult subject matter. The possible breadth of this song’s appeal is immense. Listeners old and young alike will find some basis to relate to Sherma’s lyrics or else understand the enormity of the experience. One does not write songs about buying groceries – these are works of art in miniature and aim to depict impactful events and feelings in our lives.

We caught up with Sherma for an interview…

What inspired you to get into music?
I was born with a natural talent and affinity for music. I played accordion at age 4 and I became the church organist at age 7. I knew how to play melodies and chords before knowing their names. Then I started receiving formal musical training. Music always felt like an expressive and essential part of my being. It is who I am. However, when I started singing at age 10, I realized that this was what I was born to do. Thus, my natural abilities and the way they made me feel about myself inspired me to develop and pursue a life defined by music. Then, it was the interaction and overwhelming response I received from my audiences almost everywhere I had performed that further inspired me and solidified my intentions to make music my profession. Standing ovations and receiving awards were all humbling experiences for me. This God-given gift of music that lives inside me was not only bringing joy and excitement to my life but to other lives as well and that was my ultimate inspiration.

How would you describe your music?
My music is heartfelt, warm, and always sincere.I tend to dig deep for lyrics and melodies. I love most musical styles so my music reflects that freedom of expression yet having some simplicity. My fans are of varying cultures and that inspires me to create music that captures an oneness of spirit, a universal language approach. In other words, my music reflects my life and the synergy I feel among my family, friends, and fans.

Where would you like to see your music career in 5 years’ time?
I would like my music to span the globe. I’m looking for international success and world-renowned status. I love people and I enjoy interacting with them through music, song, and the stage. I was born with the gift of music and having a God-given talent is something that needs to be shared with the world.

Africability …, is the sensational new album from Pipi Pango.  Personal experience and profound artistry provide Pipi Pango’s album with all the gravitas it...
Read more

Africability …, is the sensational new album from Pipi Pango.  Personal experience and profound artistry provide Pipi Pango’s album with all the gravitas it...
Read more
Music

Jacob Mateo, born in Denmark, was always into creating music. When he was 10, he wrote his first songs. Already back then, they were...
Read more
Music

Sandor Gavin is a New Wave/Synthpop artist and songwriter based in New York City.  His sound strikes as a powerful combination of different styles and...
Read more
Load more