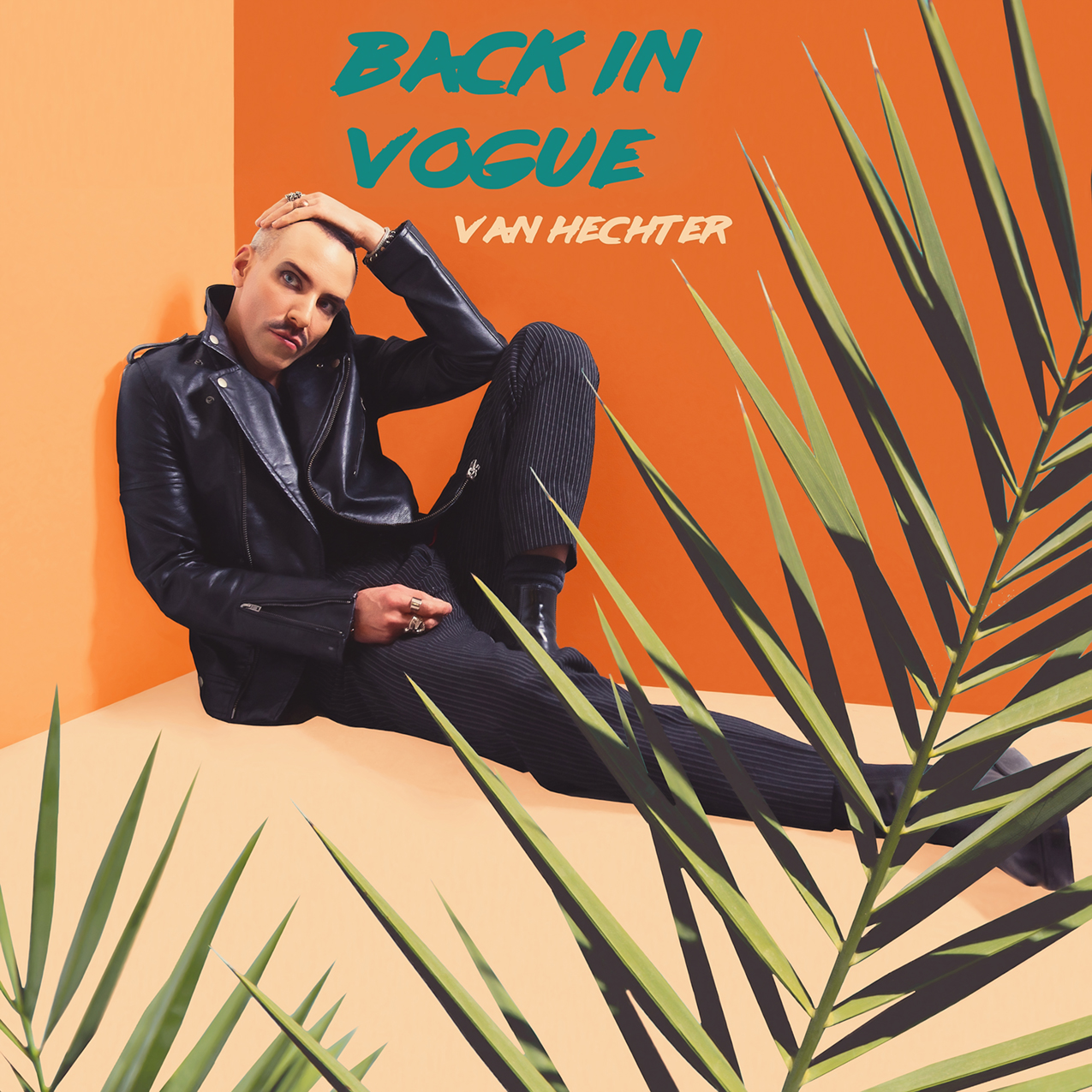 We previously introduced you to Van Hechter a pop artist who grew up between Canada, France and the U.S.A., studied opera, literature and cinema in college, then dropped everything to become a singer and this year has released his strongest album to date; “Love Elastic”.  With tracks such as Love & Music, and the stand out single Back in Vogue. It’s clear to see the amount of focus that went into delivering this work of art.

The music video for “Back in Vogue” is as accessible an effort as its parent album is, the video plays out with the same cinematic zeal that I would expect to see in a standard music video meant for commercial airplay. Van Hetcher never overstates thematic elements in his work, and even in a somewhat indulgent number like this one (or “Faint for Love” and “I Am,” for that matter), his adherence to an efficient pop ethos is refreshing and a far cry from anything his mainstream counterparts are doing at the moment.

In “Go Where You must Go”, the arrangement has an appealing build and Hetcher’s sharp writing once again stands out. He has a command grip on pop song traditions, like unrequited desire, but he phrases them with distinctive gift for turn phrases. There may be nothing new under the sun, but there’s always fresh ways of saying it.  Fuck The Disco on the other hand goes straight to the point and hits the nail firmly on the head about world matters that keep being taken for granted. The production quality here is quite exceptional, but I think it’s important to note that nothing sounds or feels overdone. Music like this doesn’t need any fancy bells and whistles to make a big impression on everyone listening, and truth be told, I don’t believe this song would be nearly as touching and transcendent in tone were they weighed down with any big frills.

If you want pop with an outside of the box kind of an ethic beneath the cosmetic finish, Van Hetcher’s  ‘Love Elastic’  is about as good as a pop fan can get this November. Hetcher holds nothing back as he dives into a plethora of lyrical and musical territories not often explored within the tracklist of one EP, and though he can’t really be accused of paying tribute to a classic pop model in this disc, he’s certainly doing his part to ensure that a traditional approach to rhythm and rhyme lives on in the 2020s as it did in the 2010s.

We decided to catch up with Van Hetcher for an interview talking about his challenges, charities, and the incredible roller-coaster journey that led to the making of “Love Elastic”

The journey of life sometimes meets with unexpected hurdles and you have been through a fair share and have come out on the other side. How did you deal with times when you felt low and what kept you going stronger?
In a very strange way this cancer had many positive moments attached to it. I was scared and low at times. But it tripled my passion for life and music. Everything became hyped. The smallest things took on huge importance; a meal, a drink (yeah I still had Martinis while sick hahahaha), a phone call from a friend. I remember looking at the stars in the sky at night, thinking— how beautiful… Plus I can never take myself seriously. There’s always a part of me that thinks; if I die it’s just more oxygen for others– planet is over populated anyway LOL!

Music is sometimes defined next to Comedy as the perfect medicine. How do you feel your music now differs to the music you made in the past?
Hahahhaha I think it contains even more comedy now than it did before cancer. I laugh at myself even more. I do a 2-in-1 you see; comedy in music! I think also since we opened our own studio, Eryck Wyseman and I, since I have my own team I really do everything the way I want. I dare 100% now. For years I was far too bashful. No more time for that.

“Back in Vogue” is one of your favourite songs in the album because it is both anti-Tinder and anti-Grinder. What are your thoughts on dating platforms such as the aforementioned and do you think there will come a time where things return to the old times?
Well I am on those apps but I do find them dehumanizing. We are treating each other like catalog items. I don’t think things EVER return 100% to the way they were but I am convinced that nothing replaces physical contact and it’s in our nature to want to seduce; this involves glances, scent, body language. Inevitably we will get bored with Tinder and Grindr. And frankly I can’t wait!

Any proceeds from “Back in Vogue” will go out to charities. This is remarkable. How important is it to raise awareness and give back?
I decided to give my proceeds to Movember for obvious reasons. I wish I were wealthy enough to get involved in many causes! I always said that if I ever became filthy rich I’d still lead a relatively simple life. So I promise– should it ever happen; you’ll never see me living in a mansion with 12 cars in the driveway. That’s passé in my mind. It’s indecently wasteful.

Now, tell us a little bit about your EP. Apart from Back in Vogue. What are the other tracks which stand out and why?
The title track ”Love Elastic” is playing a lot in the US now — NYC, Miami, Chicago, Philly- I quite love it (real trumpets, horns)… I like ”I Am” because it was just me writing a list of traits– shortcomings included. I had a lot of fun coming up with it. I’d say ”Fuck The Disco” is important– a song about our planet’s despicable state and how we keep trying not to address this; ”Plastic planet and the world is as dirty as we made it but our faces are so nicely injected we should dance”…

How long did it take you to record it and what is one of the most memorable moments in the recording process?
We took about 10 sessions to record everything we needed. I go in really ready and I’m usually rather fast. I spend hours working on my own so that my moment in the studio is as effective as possible.
Magical moment; when one of my Vanettes (Alisson– I call her Bobby onstage LOL) came in to do back vocals on ”I Believe” and ”Go Where You Must Go”. I was so happy that afternoon with Eryck and her, we were in this fantastic warm bubble of cotton candy pop music!

Where can fans listen to the full EP?
On Spotify– just click here for  my artist page, on Itunes and of course the latest video in on YouTube— all proceeds from that too will be donated.