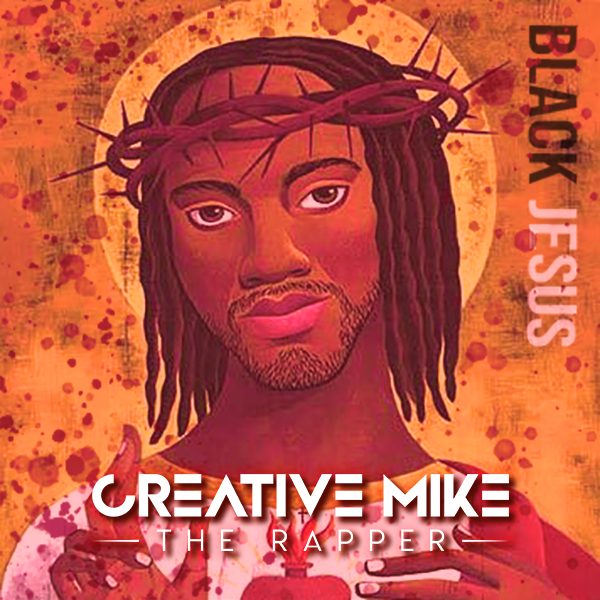 Introducing Creative Mike the Rapper who is back definitely bigger and better 14 years after releasing The Mike Loyd Report as a college senior, Creative Mike is back where he left off. The Black Jesus Ep is a 5 track banger that takes you on bar ripping expose drenched in American history, life in the hood and arrogant optimism.

With everything going on around the world and with the rise of a revolution of the Black race worldwide due to systemic discrimination they face in America and worldwide, It is no surprise  Creative Mike The Rapper’s EP  is about personal journeys, interpersonal relationships, and how those things take on different trajectories in our lives and sometimes collide.

He chooses traditional hard-hitting beats as his vehicle, no real surprise for a performer and writer whose career to date is stepped in such fare, but his vision of music for this EP encompasses a much larger frame than merely here voice and instrumentals. As a result, The Black Jesus EP comes off as an EP that’s not afraid to take some subtle chances along the way and those moments pay off handsomely for listeners.

Breakout, is one of the more traditionally minded songs on the release and chooses a time tested theme for its subject matter. It stands apart, however, thanks to  Mike The Creative Rapper’s ability to recast the material in turns of language all his own and the phrasing he brings to bear goes a long way towards helping capture his own unique style.

Tribble Hall is a personal favorite on the release and its lightly peddled retro hiphop vibe is a big reason why. These facets of the performance come from the bluesy edge of cutting through the song’s laid back mix.

Poppin keeps the EP’s fiery opening burning hot with a spectacularly relaxed stylistic exercise that’s a kind of boppy-prightly and beaming with positivity. HIS voice is a minor miracle here as well – inviting, filled with tonal depth, he envelops the recording with a definite presence that’s entertaining and reassuring at the same time.

One of the most evocative pieces of songwriting on EP is the deeply reflective Black Man. The arrangement takes some attention grabbing turns along the way further bolstering its appeal. It also relies on plain-spoken simplicity to communicate with listeners. It’s an amazing performance as a writer, and one of his best moments as a lyricist you’ll hear from the Black Jesus EP.

Black Jesus has a different musical flavor than any of the preceding or following tracks The feeling is never stressed too hard, however, and you get every sense Mike The Creative Rapper in closing the album on a wistful, yet consistent, note shows that he has succeeded to produce an EP set to definitely stand the test of time.

We caught up with Mike The Creative Rapper for a quick fire round up interview
What inspired you to get into music?
I got into music due to my love for music and songs growing up in church.

How would you describe your music?
My music is Hip hop for the future. I use music to change our culture and influence my people.

Where would you like to see your music career in 5 years time?
In 5 years I will be the voice of hip hop, not only as a rapper but through my voice and content. I am a journalist at heart. As a CEO, I run one of the fasted growing Black Owned Coffee brands in America, Dope Coffee Company.

Where can music fans listen your latest EP?
https://creativemiketherapper.com/album/1394661/black-jesus-ep